For more information, contact: Diana Fedinec, Director of Public Relations and Media at (901) 333-4247 or dfedinec@southwest.tn.edu 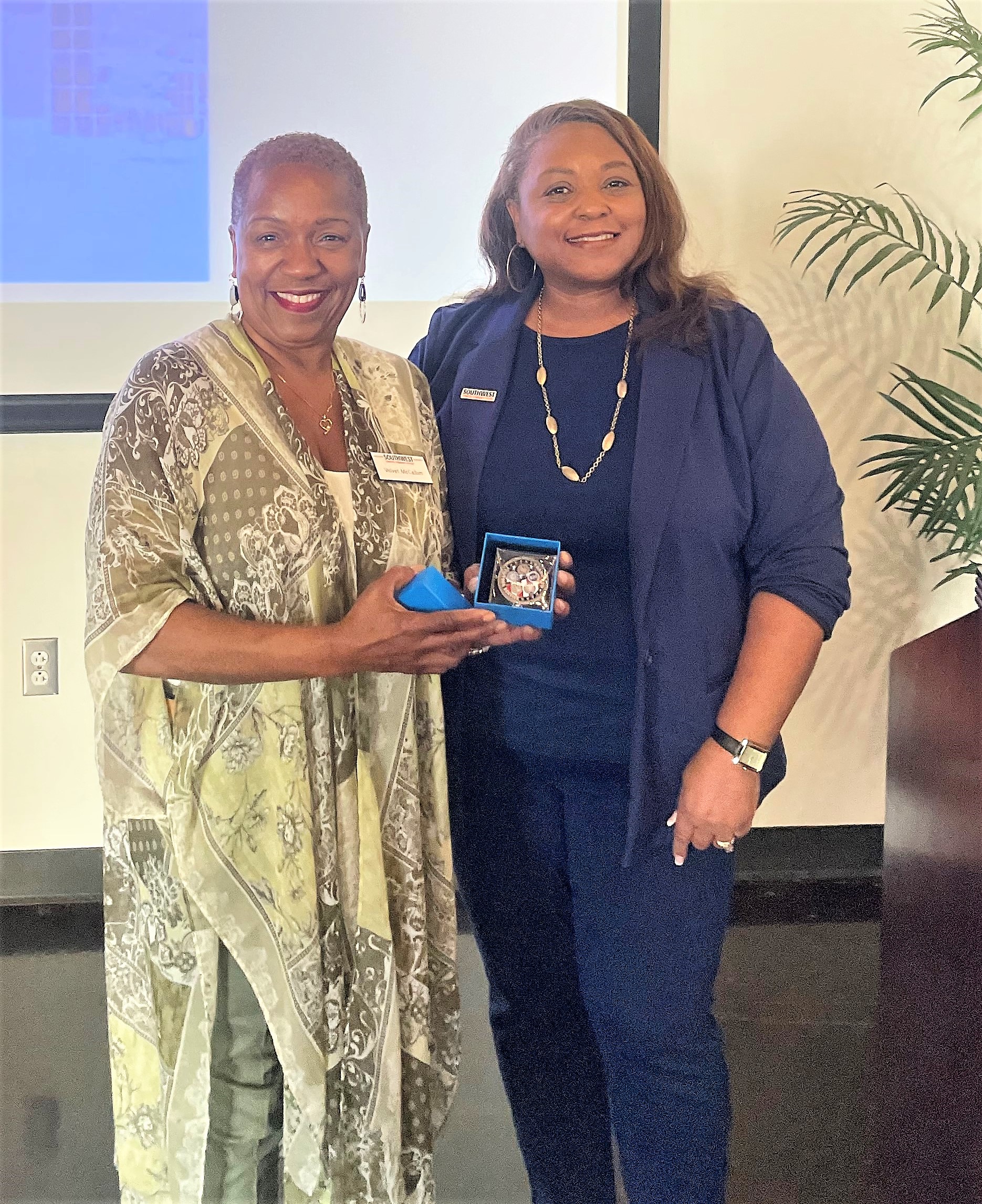 McCallum was honored for her exceptional service to the college and dedication to students during a Veteran’s employee appreciation and recognition event Nov. 8, 2022 at the Macon Cove Campus.

“Velvet’s career at Southwest spans 43 years and in that lifetime of service to the college, she has touched the lives of many students and admirably worked to keep our campuses a safe place to work and learn,” Southwest Tennessee Community College President Tracy D. Hall said. “Velvet goes beyond her responsibilities to motivate and uplift our students with many graduates returning to thank her for her support. We are thrilled to honor Velvet for her unwavering commitment to the college and compassionate concern for our students.”

McCallum joined the Army in 1976 and completed basic training at Fort Jackson, South Carolina and additional training at Fort Lee, Virginia, serving four years as an Army Reservist. She arrived at Southwest in 1979 as the Coordinator of Police Services for former Shelby State Community College and in 2000, became the Library Services Security Coordinator. According to her colleagues and the many students who have crossed her path, Velvet rarely misses an opportunity to attend a campus event or volunteer to help. She more than guards campus spaces, she is considered a guardian to students who have turned to her for an encouraging hug or smile.

The Chancellor’s Commendation is a special recognition launched three years ago by TBR Chancellor Flora W. Tydings. Nominees are nominated by their college president. McCallum is one of 39 honorees this year that include 14 students, 14 faculty members and 11 college staff members who served in the military. Eighteen recipients served in the Army, eight in the Marine Corps, eight in the Navy, three in the Air Force, one in the Coast Guard and one in the National Guard.

“Our college communities are strengthened by the presence of veterans and active-duty personnel – as students, faculty, staff and alumni,” Dr. Tydings said. “They – and the experience and perspective they bring – are an important part of the broad diversity of people and backgrounds on our campuses that benefits everyone. We are committed to serving them as they served our country. It’s a privilege to honor them, not only on Veterans Day but all year,” the chancellor said.

During the award ceremony, McCallum was presented with a specially commissioned Challenge Coin featuring the military branches on one side and the Chancellor’s Commendation designation on the other. Challenge coins have a long tradition in all military branches, awarded by commanders in recognition of special achievement, excellence, hard work, unit pride, respect and esprit de corps.

“I am proud of my service to my country and just as proud to be a part of the Southwest community,” Velvet McCallum said during the ceremony.  “I consider it an honor to be able to make a difference in the lives of our students – it is something I deeply cherish.”