Southwest: In the News 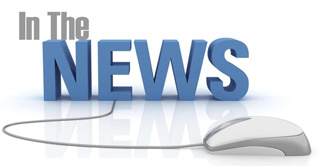 Links to Southwest news and other reports on community college trends, Tennessee Board of Regents coverage and more:

Columbia State Community College was awarded a $48,000 Student Engagement, Retention and Success Grant from the Tennessee Board of Regents to fund a Short-Term Study Abroad Program for Radiologic Technology and Emergency Medical Services students.

Black scholars debate that question and consider what it will take to actually diversify faculties.

The shift from in-person learning at colleges to remote classes due to the coronavirus pandemic has led to a spike in cybersecurity needs, although not necessarily greater success on the part of hackers.

The public university in Arizona confronted the steep challenge of squelching ... For higher education leaders, these are extraordinarily difficult calls. ... At the University of Tennessee, which has about 29,000 students, there were 600 ...

‘Help me, so I can help you.’ Tennessee college students call for greater empathy during the pandemic (TN Chalkbeat)

William Collins remembers exactly where he was last semester when his college, Fisk University, announced it was stopping in-person classes due to the coronavirus.

tnAchieves, the model for and a partnering organization to the TN Promise scholarship in 90 Tennessee counties, directly supported its 100,000th student into college this fall.

The Tennessee Department of Labor and Workforce Development has launched a campaign to bring accessible adult education to Tennesseans. Adults who did not graduate high school can participate in online course programs that will lead them to a high school equivalency diploma.

While school officials can't so easily influence students' behavior, they can control the academic calendar, one higher ed professor said.

Google recently announced its Google Career Certificates program, and it's making waves in the pond of higher education. Among its other ambitious undertakings, Google is starting to act like a university, offering short, profession-specific credentials that can be completed in as little as six months.

There are free Industrial Readiness Training program opportunities available for those looking for a career. Manufacturers in the Clarksville are hiring now and this training will prepare you. The training program is being held at Nashville State Community College’s Clarksville campus.

Southwest Tennessee Community College launched its new apprenticeship program this fall that will provide 800 apprentices with a pathway to Information Technology (IT) careers over the course of four years. The College received funding for the program through a U.S. Department of Labor Apprenticeship: Closing the Skills Gap grant worth $998,405.

With fall off to a sputtering start, colleges look ahead to spring (Education Dive)

Several schools have announced their academic plans for the upcoming term, with a focus on online and hybrid classes.

The Tennessee Comptroller’s Office has completed an extensive evaluation of the Tennessee Promise Scholarship Program, which was created by the General Assembly in 2014 to give more high-school graduates an opportunity to earn an associate degree or technical diploma.

The COVID crisis in community colleges — what does the data say? (CC Daily)

The novel coronavirus has affected all aspects of society and the economy.  But what do the data say about the impact of the pandemic on community colleges? Getting timely and reliable data on two-year colleges is challenging. Many of the key metrics are not systematically collected nor reported nationally.

Meharry Medical College in Nashville announced its largest-ever financial gift Thursday: $34 million from Bloomberg Philanthropies. The money intends to increase the number of Black doctors in the country and to reduce their debt burden by boosting scholarships.

After flip-flopping for more than a month on whether releasing such data violates federal privacy laws, Gov. Bill Lee and the state of Tennessee are finally publicly reporting confirmed COVID-19 cases linked to schools.

With some colleges opening their doors to students, others opting for virtual learning, and some embracing a hybrid model, students are left under a cloud of uncertainty about their college experience. Now more than ever, as guidelines and decisions continue to change, excellent communication from colleges is essential to ensuring student success.

Indigo Ag has teamed up with State of Tennessee agencies to start a new digital agriculture technology training program this fall at Tennessee College of Applied Technology in Covington. The new curriculum will emphasize technological applications and digital tools in agronomy, with courses including precision agriculture, data integrity and geospatial information.

The pandemic will hasten a transformation of higher education business models, according to a new Moody's Investors Service report. The crisis will accelerate many colleges' plans to grow their online footprints, though not all schools have the resources to invest in digital infrastructure, the report notes.

University of Tennessee ranks as second most LGBTQ-unfriendly university in the U.S. (WBIR)

For years, the University of Tennessee hasn’t had a great reputation with the LGBTQ+ community. “It’s not particularly the most ideal situation for an LGBT student like myself,” said UT senior Darius Edwards. That’s one reaction to the news that UT is ranked as one of the most unfriendly colleges to LGBTQ+ students.

Alternative Credentials on the Rise (Inside Higher Ed)

Interest is growing in short-term, online credentials amid the pandemic. Will they become viable alternative pathways to well-paying jobs?

Covid-19 has tested colleges, strained students and the work force, and spilled into surrounding communities, sometimes in unexpected ways.

Tennessee’s community colleges are welcoming students back for fall semester, in a variety of class modalities and with a focus on keeping them healthy and safe as they continue their studies.

The American Hotel & Lodging Association (AHLA) is calling on Congress to take action after a new report details the hotel industry is facing a “historic wave” of potential foreclosures … Last week, Gov. Bill Lee announced expanded financial relief programs for small businesses, agriculture, and the tourism industry. $25 million of funds under the program would go to the tourism industry with $15 million going to destination marketing organizations in each of the state’s 95 counties.

Nashville Metro Public Schools, Nashville State Community College and Vanderbilt University are all benefiting from one program called Better Together. The program was created by the Nashville State’s President Shanna Jackson and Director of Schools Dr. Adrienne Battle to keep Metro Schools students from dropping out of the community college.

COVID-19 will hit colleges when students arrive for fall semester. So why open at all? Money is a factor. (USA Today)

Colleges that are reopening campuses this fall know they’re bringing a higher risk of coronavirus to their community. The questions aren’t really about if or when, but about how bad outbreaks could be — and whether having an in-person experience for students is worth the cost. With so much at stake, some students, parents and faculty are asking: Why take the risk at all?

Colleges confront what it means to bring students back to campuses as their fall plans become realities. Will many institutions make it through the fall without outbreaks?

Both the Commonwealth and the Volunteer State were placed in the top 20 of a study that determined which states had the best community college systems in the country.

A Tough Year for Community Colleges (Inside Higher Ed)

Despite earlier predictions that this might be their year, many are expecting enrollment declines -- some of them devastating. Impact is greatest on minority and low-income students.

Tennessee’s relatively low tax rate helped the state outperform the country in its economic growth over the past decade, according to a new conservative study that ranks Tennessee as one of the top states for its economic outlook.

Zane State College, in Ohio, saw a surge in summer enrollment. It seeks to attract students who don’t want a more-expensive online experience at a four-year institution.

How 5 Colleges Are Tackling Virtual Orientation (Chronicle for Higher Ed)

A strong orientation can be pivotal in building affinity for campus and, ultimately, persuading students to return next semester. But with Covid-19 prompting colleges to move operations online, typical bonding activities are out of the question.

What's in this post? Great question. For starters, it includes some absolutely heartbreaking quotes from people in higher ed. They cannot share their actual thoughts with their school leaders for fear of losing their jobs.

Due to the uncertainty of the on-campus college experience this fall, some high school graduates may be considering sitting out this year and waiting on fall 2021 to begin their higher education enrollment. Class of 2024 students who do make that decision could lose $90,000 throughout their lifetime.

Employers participating in the virtual High Impact Technology Exchange Conference (HI-TEC) agreed that COVID-19 has sharpened their need for technicians — whether they are among the small group of employees working on-site during the pandemic or among the masses working from home — with multiple high-tech skills and strong communication capabilities.

To see more of Southwest’s media coverage, please visit our website at:
https://wwwprox.southwest.tn.edu/coronavirus/in-the-media.htm.